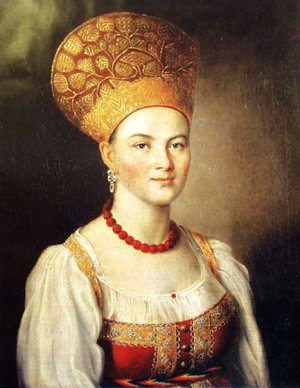 Catherine II of Russia, better known as Catherine the Great, didn’t have it easy. Her rise to power, her rule, her political revolution and her colorful personal life would make Game of thrones blush. It is no wonder that she dealt with the stress of political intrigues and conspiracies in the oldest of fashions, seeking quality time with her many high-profile lovers and indulging in the sort of debauchery only a czarina could.
Her enemies used her fame as a dissolute woman as a weapon against her quite often, exaggerating her lewd reputation. When she died – of a stroke while on the toilet, Elvis-style – the news was frequently reported, in example, as a sexual accident involving a horse… and some still believe the legend to this day. This may be the reason for which, when Soviet troops raided her palace in Pushkin (now Tsarskoye Selo) during the Second World War, they weren’t much surprised by finding her outlandish boudoir.

← Are we all a little furry? Super silly sex toys strike back →