Next – How sexuality changes after pandemics 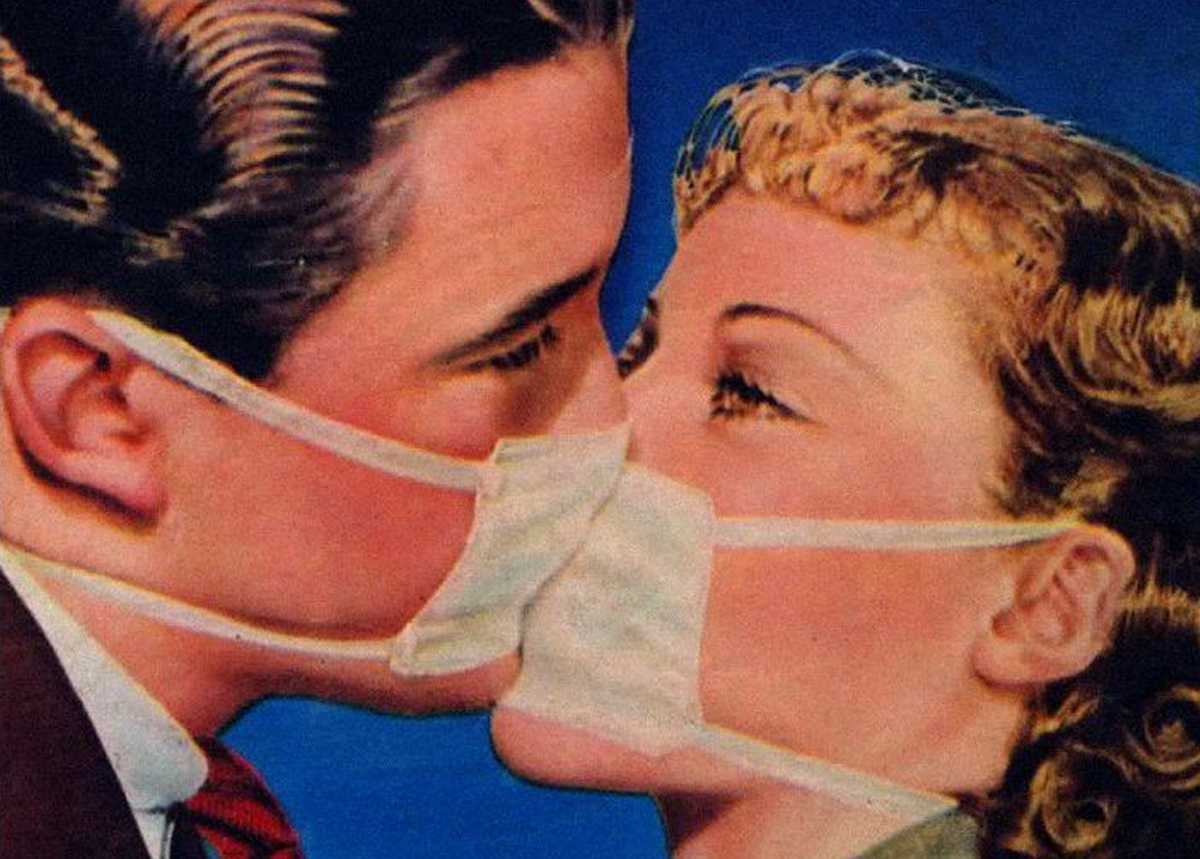 So I followed the hype and ended up on Clubhouse too, with all its mystique of invitations, “voice only” and genuine relationship with people. If we exclude the fact that 99% of the time the “genuine people” are there to discuss how to better monetize the new social network and manipulate the listeners, I must admit that I’m having an interesting experience. In fact, often a little deeper than average conversations arise, and during one of them a question popped up: «how will sexuality change when we finally leave the pandemic behind?»
Just imagine if I could let a topic like that pass me by.

The best way to predict the future is – as always – by looking at the past. In fact, this is not the first time the world has fallen victim to global catastrophes like COVID, and studying the behavior of our ancestors can provide us with many useful clues.

The most immediate parallel is, of course, with the 1918 influenza pandemic. The severity was far greater (50 million global deaths versus the 2.3 counted to date), but the social impact was quite similar. Reading the headlines of the day, we find, for example, the no-mask protesters; the revolt of struggling retailers; the governments’ desperation to get their citizens to behave conscientiously; the fiscal and political anxiety; the token moralists…

1920 significantly was the year that marriage agencies boomed. Lonely people – especially those who didn’t live in big cities – started to “scientifically” look for partners, relying on what today we’d call matchmaking specialists. They would fill out a form with their description, those who could afford it would add a photograph, then they would get to know four or five candidates suggested by the agency – by mail, often still delivered by horse and steam engine.

The latest data from the world of online dating show that each extension of the restrictive decrees causes a moderate decline in the use of hookup apps, but it’s not hard to imagine that 2022 will see the fierce return of serial dating – this time not so much to get married as to indulge in carnal pleasures. After all, that’s exactly what happened to our great-great-grandparents who lived in metropolitan areas.

The “roaring Twenties” were just that: the loss of inhibitions in the face of the need to feel alive again. The effects could be seen everywhere, from “outrageous” women’s fashions to a surge in the use of hard liquor and drugs… to casual sex. Suddenly, sexuality became a public fact: if certain things were previously done in secret and only with a priest’s blessing, in big cities it became customary to see couples kissing and touching each other even rather explicitly in the street and especially in clubs. The forerunners of our private clubs were pickup bars and night clubs also attended by single women who did not practice prostitution and by couples who fondled each other without occasionally disregarding even the participation of others.

Considering also the more and more insistent requests I am receiving about my own events, I feel confident in predicting an invasion not only of the more mainstream establishments, but also of clubs explicitly devoted to eroticism – which, as always, will offer everything from the shabbiest experience to quality parties dedicated to conscious and safe sex.

Another period worth analyzing is the aftermath of World War II. Just when things were finally getting back on track, the world was overwhelmed by a catastrophe even worse than before. Threatening empires had risen, certainties had collapsed, nations had discovered insidious stirrings even within their own borders. We had escaped the Nazis, but on the other hand we could all be blown up at any moment by atomic bombs.
Peace had finally been declared… but the general sentiment was one of collective distrust, approached with very tense nerves.

The overall effect was an unprecedented focus on the concept of “normality”. Institutions needed to rebuild solid foundations to rebuild this new world on. They needed to prevent further degeneration and be prepared to defend themselves from enemies that could attack from any direction, so an intense propaganda work prevailed at every level. From official communications to subtle suggestions such as the famous separate beds for married couples in the movies and on TV, the mandate was to be good citizens first and foremost, obedient and regimented.
The sexual repression and puritanism of the 1940s and ’50s were primarily the product of these circumstances: hedonism, idleness, and the pursuit of pleasure inherently ran counter to the interests of the system.

Partly for this reason, partly to mitigate the spread of sexually transmitted diseases, many governments also rushed to close brothels and fight prostitution in general. As is the case with any prohibition, the unwanted effect was to boost organized crime, exploitation… and the desire of users – which fueled both sex work and entire industries based on the commodification of femininity, from burlesque “exotic dancers” to bars with provocative waitresses.

The friction between imposed vice and real behavior was particularly strong in the case of returning veterans, who had often been sent into service at the height of their hormonal turmoil and – thanks to the context and the adrenaline rush – had discovered gay sex on the front. Back home homosexuality was illegal, yet the experiences they had in the war had at least opened the minds of many men, making them decidedly more willing to experiment erotically.

Couples too felt the need to escape the oppression of a sexuality regimented by outdated behavior patterns. One possibility was provided by swingers’ parties: private so as not to cause a public scandal, but definitely uninhibited when the time came to draw lots for each other’s wives by randomly fishing for their car keys.
The ritual was chilling and dehumanizing, of course, but anything was better than resigning oneself to the life of a plastic housewife.

Nonetheless, the hypocrisy began to crack almost immediately: despite all the desperate attempts by morality commissions, denunciations such as Peyton Place met with increasing success. The women’s emancipation movement was also born from there and from “scandalous” female voices in their claim to their right to any kind of sex life they wanted.

The latter phenomenon was already in full swing as far as the LGBTQ world was concerned, but observing the online underground we can already see the desire to come out of the closet by various subcultures that – simplifying a bit – have personally experienced the sense of that «Who’d be happy, let him be so: nothing’s sure about tomorrow» written just after the great plagues of the Fifteenth century.

The final interesting example I found dates back to the HIV outbreak that occurred forty years ago, especially among gay people. After the early confusion and panic surrounding an incomprehensible threat, many came to equate the very idea of sex with that of deadly risk – even in relatively safer contexts. 33 million deaths (as of late 2019) tend to have that effect, but of course libido hears no reason.

Today we are still in the very early stages of global vaccination against COVID-19 and it is understandable why many people say they feel apprehensive about re-engaging with strangers who might be carrying the virus. A number of them will undoubtedly retain this fear even when the situation becomes objectively safe again, and once again this segment of the population will stoke pleasantly deviant fantasies in everyone else as well.

Among the forms of sublimation there is also the fantasy of eroticism narrated and intellectualized in books, movies, onlne chats and in a thousand other shapes. Before 50 Shades of Grey we had seen several rather worthy examples: wouldn’t it be nice if from the pandemic disaster at least some new stimulating work would emerge?

One of the rules of prophesying is to never completely believe in it, because something always happens to mess up any prediction. However, I am curious to know your own thoughts and predictions. If you want, please come and tell me not only on Clubhouse but also on all the social networks listed at the top of this page. I’m waiting for you!