The dark crimes of sadomasochistic cinema 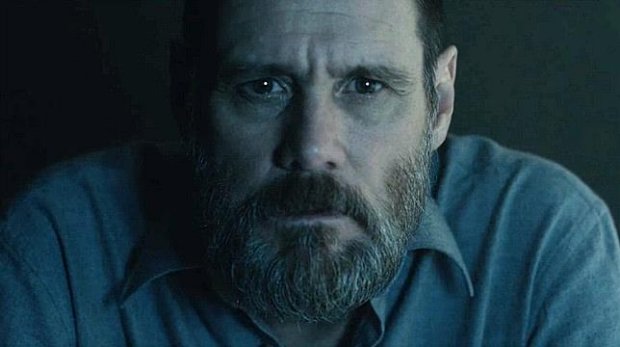 Last weekend I watched Dark Crimes, a mediocre detective movie inspired by a much more interesting true case. The story is set in a terribly dreary Krakow, where a similarly dreary policeman is convinced of having found the culprit of a cold homicide case and goes overboard in the attempt of getting a confession. What makes it interesting is how the criminal is shady, amoral, odious but also a brilliant intellectual – who proudly described the killing in one of his books. And, as we can see in the trailer, a hardcore sadomasochism club is somehow involved.

The strongest element in the film is Jim Carrey, who like every comedy actor proves to be amazing in dramatic roles. The rest is forgettable, beginning with the messy screenplay and the desperate attempt at making an “intelligent” movie. The dialogues and characters would aspire to be Brechtian but only come out as stilted; the philosophical touches seem to have been copied from the diary of a fourteen-years-old Goth; the direction is slooooow. And then you have the transgression, phoned in by the often-naked presence of Charlotte Gainsburg (daughter of Serge, a notorious lecher she sang a song laden with incestuous double-entendres when she was but a child) and by the above-mentioned S&M club. Which we must talk about.

The place is only shown for mere seconds. It is a derelict industrial building, where the accused informs us that «important men rape and mistreat junkie prostitutes who only care for money». One of their pastimes is suggested to be shooting shotguns while aiming inches from the head of a blindfolded and shaking girl. Seriously.
The club certainly represents the most disgusting side of the human race: a sophomoric metaphor veering into A Serbian Film territory. Fortunately for us, right after absolving its role of shouting «see how raw and perverse we are? See? See?» in the face of the audience we don’t see it anymore.

Since I am an actual BDSM practitioner, however, I don’t subscribe very easily to this vision of perverted villains. I devoted my whole life to explaining how alternative sexualities don’t look anything like that squalor; to provide hard scientific data proving how extreme eroticism is all but unhealthy; to repeat how kink culture defuses the pathological drifts of domination and submission instincts; to organize parties where good manners reign supreme. And yet the misunderstanding remains: partly due to ignorance, partly due to rough-hewn media products, too many people still believe that only madmen and delinquents can have a passion for certain games (which, in case it needs repeating, have nothing to do with gunshots and rape). And mark my words, nobody likes being equated with criminals.

Such prejudice is shamelessly perpetrated in every form. From the lazy reporter mistaking violence for an erotic game, to the best-seller where you have to be a victim of child abuse to be a kinkster, this messy view of sexuality surrounds us on every side, fueling incomprehension. BDSM doesn’t even exist on the silver screen, where the only known form of kink is sick sadomasochism. Cinema is unfortunately one of the most influential culprits, often not out of malice but of stylistic need. The principle is the same by which a director in need of establishing a dangerous religious fundamentalist character in just a few shots will probably go for a keffiyeh-wearing Muslim; if a hacker is needed they will show a geeky loser; a spiritual master will easily be an ancient Oriental. These are stereotypes, sure, but they do come handy for narrative purposes. This is also why cinema has long had issues with representing minorities, so much so that screenwriters indicate certain character with stock names: the Magical Negro, the Elegant Italian Mafioso, the Conflicted Gay, the Cat Lady, the Autistic Genius and so on. Getting rid of them ain’t easy, though: it took 120 years to occasionally see blockbusters featuring women who could pass the Bechdel test, and movies with strong female protagonists are still actively boycotted by some reactionary audiences.

Going back to our case, when it is not used as a gag (Italy has been long plagued by the «let’s get freaky» catchphrase of a Carlo Verdone character), alternative sexuality is mostly played on the big screen as a metaphor for inner conflicts and struggles. To prove this, I have listed below a fairly complete set of topical movies. They are definitely unfit to get acquainted with actual extreme eroticism, but they are an interesting resource to understand where some longstanding prejudices come from. Or you can always go online, where you can find hundreds of videos showing every sort of practice, both simulated and real. Some of them are even technically great, but watching them you’d better bear in mind – just like with traditional sex – that reality is often very different than what we see in porn.

72% of people can correctly assess our sexual preferences just by looking at our face.