Oh, really? And I am a Capricorn… 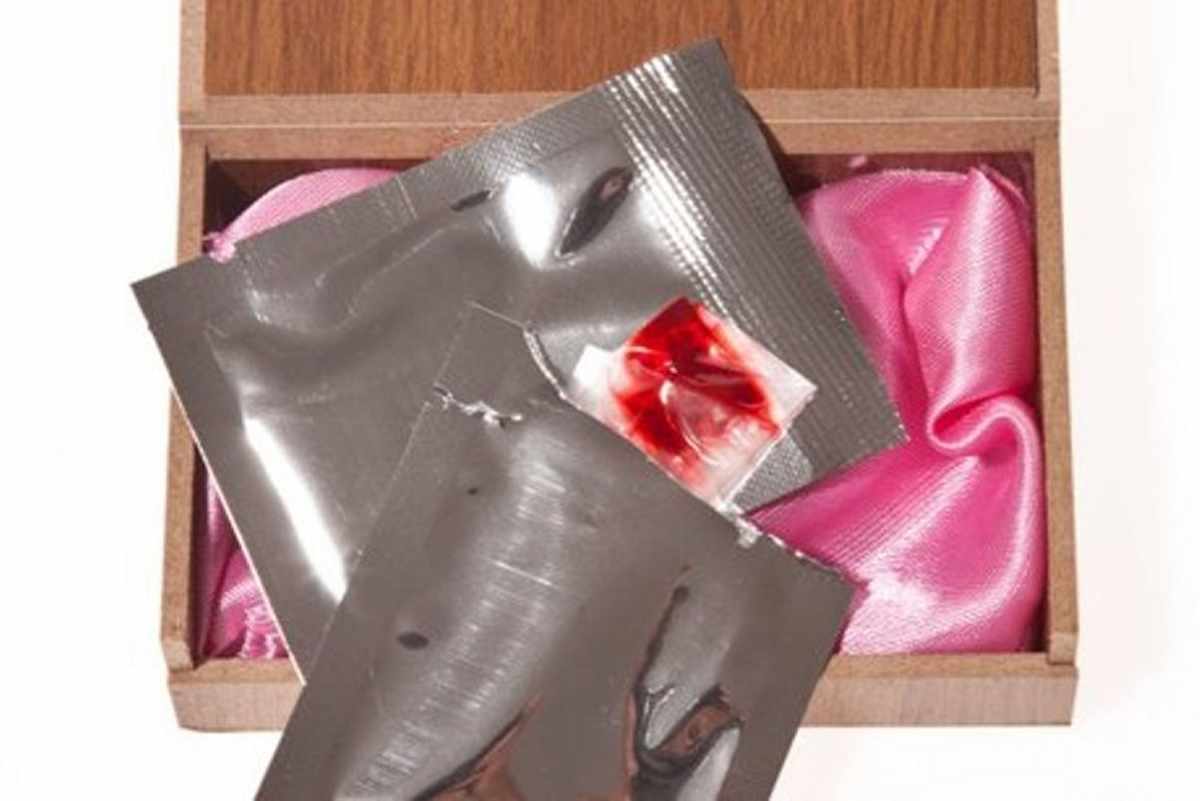 What’s with the faux virginity fad? Just shortly after the Indian “rejuvenation cream”, it’s now the turn of no less than The hymen shop, a Hong Kong website that has become an Internet sensation of sort after New York magazine published a hilarious review of its unusual products.

Advertised as the ideal alternative to genital reconstructive surgery, the ‘artificial hymen kit’ is in fact just the factory-produced version of a gimmick Eastern Asian women have known and used for centuries, and which is still pretty popular today among Thailandese prostitutes. In this form it is composed of two very thin sheets of a solubile membrane holding a little red liquid food dye between them. To use it the woman is supposed to slip it inside her vagina just before intercourse and let the fragile bladder burst: any evidence of the trick should dissolve promptly. To my knowledge, this sounds like a vast improvement over the natural substances traditionally used by “witches” to obtain the same results. According to the review, however, the product is rather less than perfect.

The sellers maintain that their kits can actually save lives in those countries where a bride’s purity is still highly regarded and family feuds can be fought over the lack thereof. I wouldn’t recommend to test them in those circumstances, but if you live in a less hostile environment and you have lots of detergents to clean up after trying it, you can try the surreal experience of… re-flowering? …for slightly less than thirty dollars.

← Sundries Please take note: your fetish does not exist →

People with a better sense of smell experience more frequent and intense orgasms.