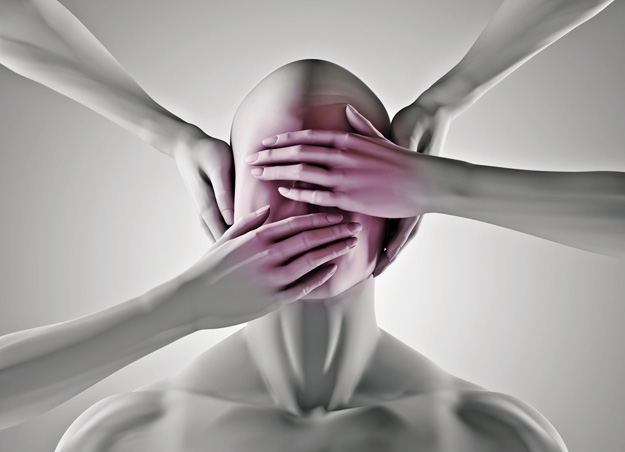 The Web is under alarm. A couple of days ago all sorts of sites are spreading the terrifying news that «Europe is about to ban all forms of pornography and to violate its citizens’ fundamental rights», often following it with a call to arms and improbable online petitions to sign. Of course things are a little different though, so it may be advisable to understand what is really happening and why it is important.

First of all just relax and breathe normally. The only proposal to ban pornography, especially online, on the European territory came last month from the interior minister of Iceland, limited to his country borders – and to unrestricted websites. The intention was entirely laudable, as he simply wished that minors couldn’t stumble onto inappropriate material, just as it happens both in Iceland and everywhere else for magazines and movies already.
Putting this into practice would unfortunately entail a Net filtering incompatible with the principles of civil nation where people have all the rights to exchange information without being monitored by the State. Even discounting practical considerations – China demonstrates that such control is technically unenforceable anyway – the proposal met then the anger of both the citizens and the rest of the parliament, and went nowhere.

Echoes of this story mixed with another proposal to be discussed on March the 12th by the European Parliament, titled ‘Eliminating gender stereotypes in the EU’ and put forth by Dutch socialist Kartika Liotard, who is a member of the Committee on Women’s Rights and Gender Equality. This is a very sensible initiative as well, simply asking to take action on a 1997 resolution on discrimination against women in advertising, promotion of sex tourism and the ban of including pornographic content in the media. But here the problems start.
In fact, subsection 14 of the proposal clearly states that “the media” also include the Internet, and invites the member states to coordinate to develop a culture of online equality to be promoted in partnership with access providers. And who could ever disagree with that?

Well, possibly those who read on to subsection 19, urging the states to «estabilish bodies to control the media and advertising industry with the mandate to impose effective sanctions on companies and individuals promoting the sexualisation of girls.»
By now several ambiguous terms have piled up (what ‘control’ and ‘sexualisation of girls’ are, from a legal point of view, in example?) ominously reminding Net activists of the SOPA and FISA mess in the United States. These measures already lent themselves to Orwellian interpretations that destroyed the lives of innocent citizens vaguely accused by overzealous characters. With a similar context, it is then legitimate to think of the worst, which is to say a scenario where any mention of sex in an email message, tweet or social network unleashes a police assault, stratospheric fines and so on. I feel I can rest easily, though.

The reason is firstly of a bureaucratic nature. Before becoming operative, the proposal in question should be approved unanimously, converted into law, discussed, newly approved and then – and foremost – applied. Then there are economic considerations: even Soviet Union used enticing pictures of beautiful girls in its sparse advertisements. Can you imagine the whole European economy suddenly accepting to cut off one of its legs just to make Mrs. Liotard happy?
Then we have the cultural implications. If even the most civilized Iceland went berserk before a similar proposal, you can figure out what would happen in actually sexist countries like Italy, Spain, France and so on. Technical problems – from the definition of a non-porn standard to the implementation of online filters – aren’t even worth talking about, inapplicable as they are.

So in the end no, Europe isn’t banning porn and the Gestapo won’t come to catch you in the middle of the night for the dirty pictures you keep on your mobile. This however does not mean that the topic can be ignored. If on one side we should be happy and thankful for the great watchdog job by the Web people, on the other there is no doubt that something should be really done to fight discriminations and to avoid that children grew up conceiving sex according to the spectacularized and excessive portrayal of porn.
I would humbly like to offer an idea so crazily revolutionary, so fantastic that you will fall off your chairs laughing. What if instead of imposing a totalitarian censorship we used the same energy to establish a proper sex education program, integrated throughout Europe within the school course? What about not stopping at abstract “bees and flowers” lessons (if ever!) but normally talking about sexuality with the language and concepts most appropriate for each different age, without pretending that sex doesn’t exist until people reach 18 years and one second of life? Think of what incredible world would be if everybody not only knew the differences between pornography and real relations, but also how to protect themselves from sexually transmitted diseases, how to fight sexual violence and discrimination, to accept homosexuality and other diversities, recognize and solve sexual problems… Nay, what silliness am I imagining…

Happy Eighth of March to everyone, however.

In the USA, the more religiously devout areas correspond to those with the higher pornography usage.