Another kind of professional domination – Interview with Master Giacon 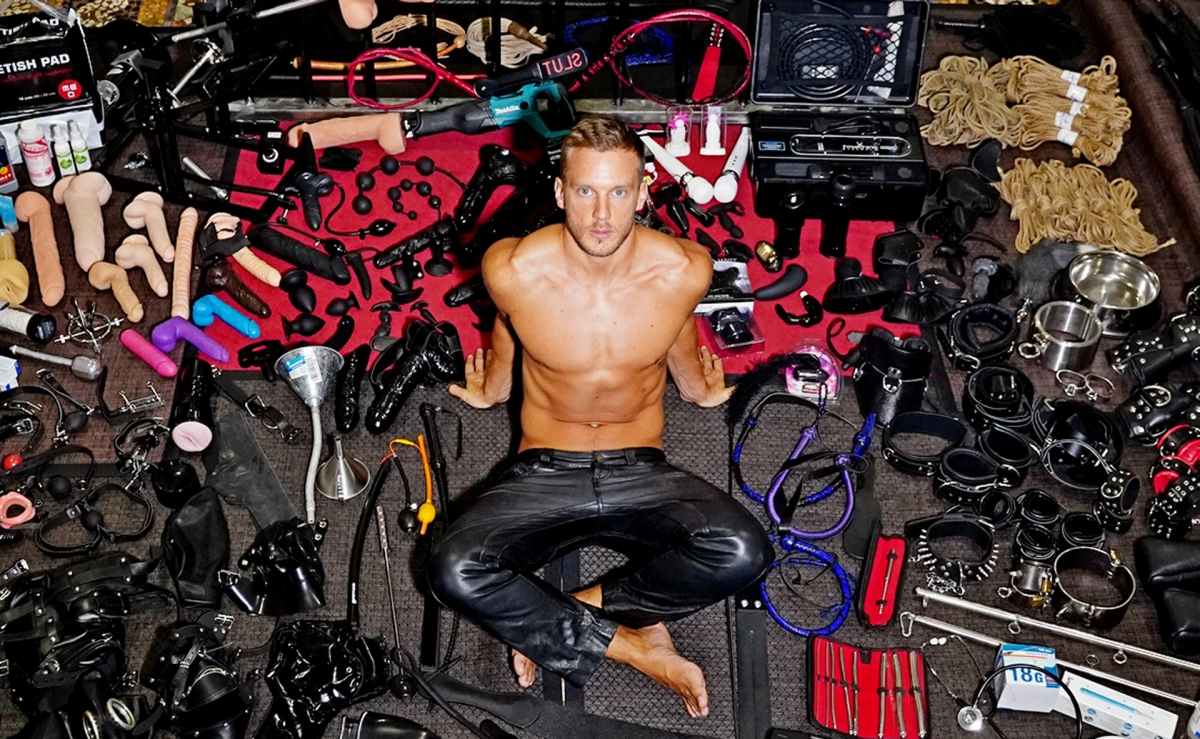 I have been studying the universe of unusual eroticism for many years, and yet there is a group of its denizens I never wrote about – mostly because they are so rare as to be considered almost legendary. They are the male professional dominators, who can be counted on your fingers worldwide compared to the thousands of paid mistresses so common in every country.

Hi, Alessandro! Shall we start with your introduction?

The phenomenon is expressed differently between same-gendered persons because they are very familiar, and the shyness in talking about their impulses disappears much quicker. Homosexual relationships are in fact often more open and satisfying. It is the market principle in the end: the less the demand, the less the offer.

By the way, how did you choose to become a pro-master? Both taking that decision and building your business, I mean.

I remember it well: one morning I was on a train, returning from a play party with my girlfriend and a prodomme friend of ours. She said: «Ale, why don’t you do it too? You are trained already, you got the passion and you have more style than most people I know… have you seen the masters in the scene?» We spent the whole journey laughing at the online ads by dominants who looked like a self-parody for their grammatical errors and awful photos. What convinced me I could offer something better was a guy dressed in a wrestling-like bath suit, who proposed to ‘smell his member and his hairs as a reward’.

So, one step at a time, I turned my life inside out, leaving a job that made me suffer for the long, purposeless hours that gave me no motivation. I had already been working on myself finding opportunities for growth for years, and as soon as I started I realized I had finally found my way. I was doing what I liked, and I had a purpose: my well-being and making others feel well.
I spent my first earnings on sex toys, which are my true fetish. Then I expanded my fetish wardrobe and I built my first kinky furniture: a cross, a pillory and a suspension point. I attended every available course to better learn what I still wasn’t proficient in, while starting from a pretty good theoretical and practical foundation: the years of participating in the kinky scene were instrumental for learning.

So much planning reminds me of that hint of bitterness I heard when you earlier mentioned paid mistresses. The readers of my books know I often resent not the job in itself, but its charlatans. What are your impressions on the subject?

It is difficult to answer without generalizing and blaming also those ladies who really are moved by passion. Good mistresses are far and few indeed: the market is invaded by caricatures of true dominants grasping for an alternative mean of sustenance. Their total lack of passion and balance is evident, so they attract righteous criticisms. It is not their fault though, but of those who pester every single one of them in order to find a foot to lick, calling them supreme ladies and fueling their unfounded idea of superiority.

A knowing person, passionate, with their toys, furniture, location, attire and all the rest surely can’t allow offering what she invested so much upon at the same price of the latest hack brandishing a dollar store riding crop and a strap-on dildo she bought on Aliexpress. Then again, everyone has their public: most of them can only struggle on thanks to the absolute lack of culture in their subs, and I must admit that even some of those hacks can give a pretty good service thanks to their innate empathy. This is just a summary: the topic is very vast and ought to take pages.

Can you make an example of Master Giacon’s “backstage” and the preparation required for your role?

There is a basic level for which is important to take in lessons, meetings, events, directly talking with experts, reading topical books and forums. However, I’d like to focus on a rarely touched-upon subject: the balance and centering of the dominant. I can sum up my thinking in an adapted Krishnamurti phrase:  «dominate yourself to dominate others». How can you think you can do that, if you didn’t experience it yourself and you cannot control your own emotion and impulses? Would you ever put your life in the hands of someone who could change their behavior based on how they feel in that moment, unable to manage themselves?
I invested much time in working upon myself, spending lots of energy to find my balance and center. It is a path that begins with accepting yourself and the others, which allowed me to become what I am and to offer much more than a list of practices. This also allows not having to plan the encounters, for with sex spontaneity is paramount, and I really like being inspired by the person I am with.

I’d rather spare you the typical question on «the weirdest request you got», but it is inevitable to also talk about your clients, whom you said to be mostly male.

Yes,  I mainly meet men and I only recently opened my doors to women due to my prejudice that they were not willing to pay a man, especially if he didn’t provide traditional sex. What happened instead was that the first of them was a barely legal girl, very attractive, who changed my mind. The persons I meet – whom I don’t like to call ‘clients’ because I care that our relationships are not cold or detached – are so varied that I cannot speak in general terms. Each one of them has unique characteristics, and many of them truly contributed to my personal and professional growth. Their interests range from the most extreme niches to softer and mainstream things.

I recently discussed this with a friend who is very active on the international gay scene, and he said that most serious masters play at home but not in public, so newcomers have no mentors showing and teaching them the ropes. He believes this is the effect of a whole generation retiring during the AIDS epidemic, which is a shame because “veterans” taught me a lot.

My experience with this is different: lots of people ask me to experiment with mild practices, while those seeking extreme stuff are rarer and they often play under the influence, which is something I do not allow – and which I think is one of the biggest issues with gay sex.
The difficulty in finding balanced partners is widespread instead, independently from the orientation: the only noticeable difference is that among gays promiscuity is open and enjoyed, while the het world often hides it behind lies and tricks.

Talking about identities, it is interesting how you chose to appear with your true full name and in a very public way. Considering all the discrimination against alternative sexualities, did this ever give you any problem?

If you asked me two weeks ago I would have said no, but I very recently received threats from people close to one of my slavegirls, who didn’t ask her anything but used my public contacts to insult and threaten me. Violence shows the ignorance and lack of culture about these topics, that they don’t understand to be a way to amplify the pleasure and the intensity of sensations.
I love to be transparent, and I am proud of not hiding anything. If asked, I freely state who I am, what I do and how my private life is, enjoying the reactions. Unfortunately, discriminations do exist though. To try changing the general mentality I am leading by example, and I am writing a book to share as much as possible the depth and intensity of this world most people still are unaware of.

In closing, I’d better ask how do you see your future: both near, and when you will get older.

I am often asked this, and I don’t know what to answer because I don’t look at the future but I fully experience the present. I have been doing this since I was a child, and after studying and reading eastern philosophy and personal growth, I understood that all the time spent looking at the past or the future is time wasted. Not living in the present is common among unhappy people who seek their satisfaction elsewhere, but I love my present and my life: I have no need to escape.