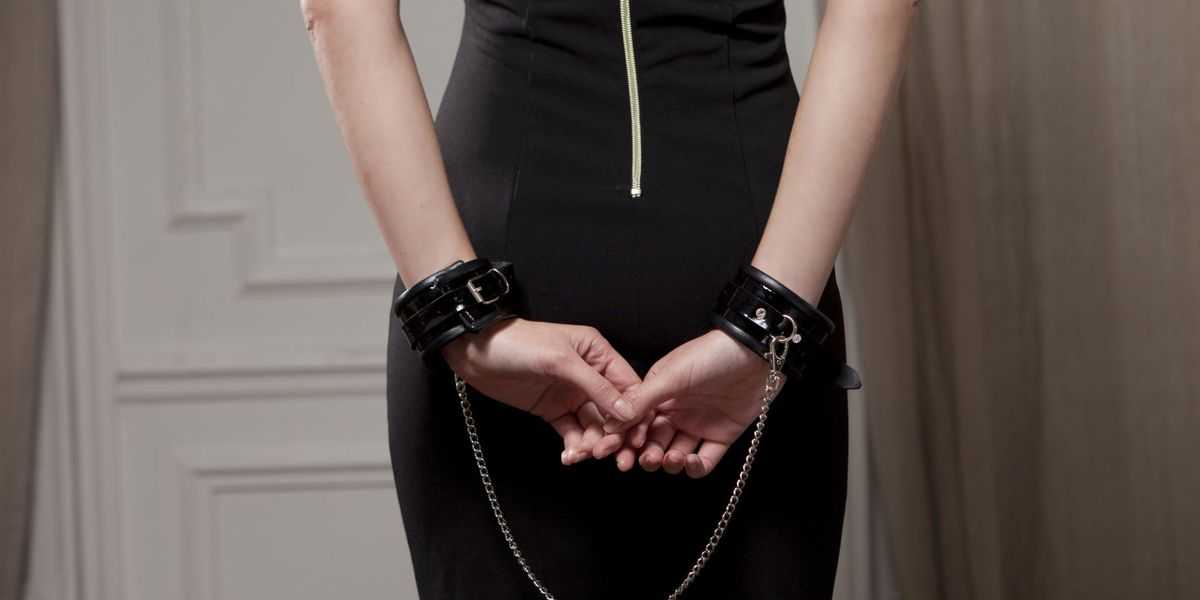 This interview was originally published on Elle. This version reintegrates the many links that were left out by the publisher.

Before you run off to get your whips, handcuffs and contracts to sign like they do in the 50 Shades of Grey movie, before hogtying in a badly done bondage your sweet (and screaming) partner, take a minute to read what we talk about when we are talking about a real domination relationship. And let’s see how to avoid stupid errors, because yeah, there are risks, and pretty serious ones.

Let us make an important premise: 50 Shades has nothing to do with BDSM. When I interviewed her, even the author herself stated that her intent was simply to write a typical romance novel, with the one difference of including explicit sex scenes. It was the massive global marketing operation it was launched with to label a normal Harlequin fantasy, with standard genre characters, as the “gret reveal of the secret world of domination eroticism” – with both positive and negative effects.
On the one hand in fact Anastasia and Mr. Grey’s success proved once and for all the widespread interest toward a type of relationship and sexuality different than the tired “advertising-ready family values”. This made socially acceptable to talk about things that 10% of adults have always done anyway, maybe unreasonably anguished from feeling “abnormal”. More acceptance for diversity is always good.

You go by a pen name: how important is privacy for you?

Just enough. For example, I don’t even have a Facebook profile but just a fanpage. Generally speaking, it seems a reasonable approach to avoid needlessly exposing my loved ones to the hostility of the few fanatics that can however become very violent toward those who do not conform to their skewed ideals.

How much intolerance there is against what you teach and advocate for?

As I was saying: not much, but you occasionally stumble into very ignorant, very problematic or very manipulated by higher interests people, convinced they have to fight a crusade against “perversion” – something that obviously only exist in their fantasies. The most glaring and in the end most ridiculous example (Note – You will need an online translator for that link) happened years ago, when an invitation to lecture at a Milan university unleashed a media attack campaign that harassed me for months – until the “pious man” behind the whole thing was arrested again red-handed in company of underage male prostitutes. And I’ll skip the details about the senator who, between his frequent proposals to reinstate the Fascist Party in Italy, demanded that another university banned me from speaking about non-normative sexualities…

What do you fear the most in the current Italian political climate? And in the American one?

In the United States there is a paranoid and revenge-obsessed sociopath who, for the next four years, will always be within five metres from a switch he can use to unleash a global nuclear apocalypse. In Italy we have our petty politicians, who by comparison all look like great statesmen. I don’t know which of the two things terrorizes me the most.
If however you were referring to the state of education to sexuality, we undoubtably live a moment of obscurantism that is very dangerous for the collective health and the social downfall, from gender-based violence to slutshaming, to witch hunts. Regrettably, the solution won’t be coming from the institutions, so now more than ever it is important to make a popular effort to spread a culture of ethical sexuality, maybe inventing new entertaining formats.

Sadistique actually is just a monthly event I organize in Milano in a club owned and managed by others. It was born twelve years ago without particular problems, as an opportunity for kinksters to meet and for curious people to learn more about BDSM. Compared to other parties or allegedly fetish/kinky nights is its characterized by a very polite, clean and safe environment, with a relaxed atmosphere allowing to really get to know each other and exchange ideas besides practicing your preferred games. It hosts a different topical art show each month, technical workshops, a photo set and other opportunities to immerse yourself in a culture of actually “safe, sane and consensual” eroticism, as they say. Financially I earn nothing to speak of out of it, also given the extra-low entry costs – but the satisfaction of seeing so many serene and smiling people has no price.

The Rome BDSM Conference is the largest European event dedicated to the culture of domination and submission games, with people coming from all over the world and about eighty workshops over three days of full immersion hosted at a hotel just oustide town. I find it a unique experience, that allows you to personally experience how much better it would be a world where sexuality is lived serenely instead of weighing it with hypocrisy and neurosis as it is commonly done.
My personal contribution will be four seminars on topics running from cornerstones like Consent, Negotiation and Safeword to highly specific subjects like electroplay, but you can really find everything there.

If you hadn’t been Ayzad and your life didn’t take this path, who would you be?

In a former (working) life I have long been a scientific journalist, but also a movie critic, a comicbooks expert, a videogames designer… All in all, I believe I would have found some way to enjoy myself and help people have more fun anyway, but for the moment I like this one best.

The largest furries convention in 2013 was attended by over 5,500 persons, 1,300 of which marched in streets wearing their fursuits