Arousal: The Secret Logic of Sexual Fantasies – It’s simple, really… or not? 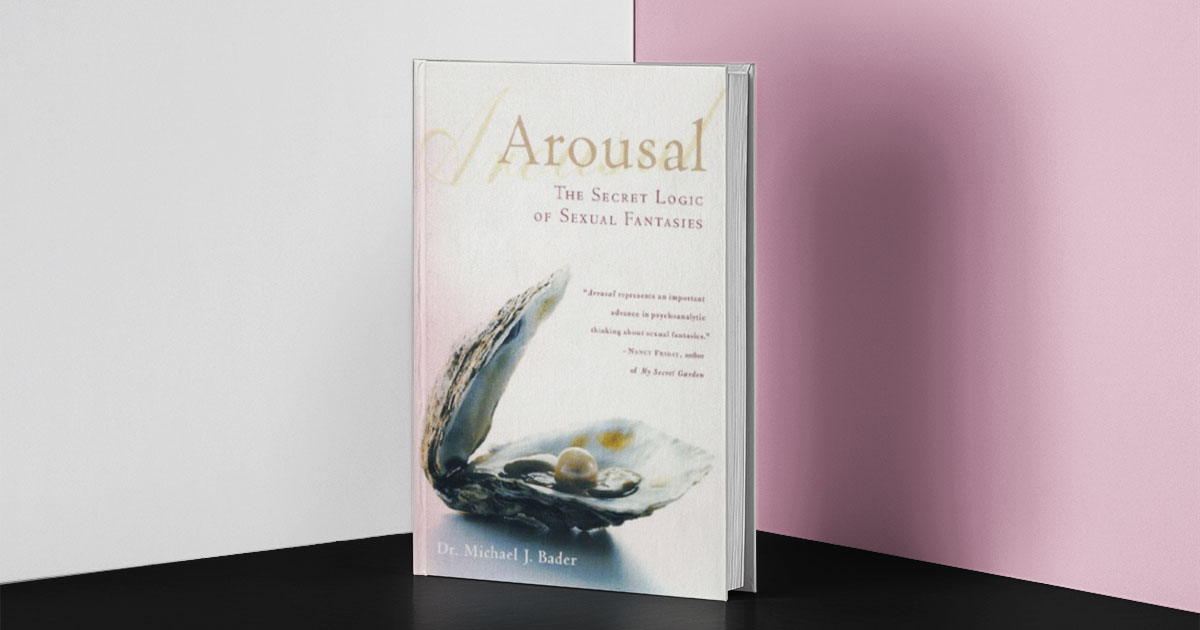 One of the most frequent questions encountered when dealing with alternative sexualities is: «how come we get aroused by such preposterous things?». While it tackles the matter of every type of sexuality – including the most mundane ones – Michael Bader’s book finally offers an answer. Or at least it rather well tries to.
The reason for its shortcomings is that the author is a leading exponent of CMT, or control-mastery theory, an approach to psychotherapy that identifies the cause of pretty much any behavior or distress in two factors: guilt and insecurity. Which, unsurprisingly, this text suggests to be the primer of every erotic fantasy.

The theory goes like this: every one of us unconsciously seeks physical and emotional safety. Social and cultural pressures act on the deepest levels of our mind creating both sexual desire models and lots of taboos; the conflict between the two causes insecurity, so the instinctual solution is to prevent the problem by inhibiting our sexuality with an endless series of mostly imaginary difficulties. Since lust must be vented somehow, however, we develop erotic fantasies which symbolically stage the overcoming of the feelings of guilt, shame and refusal everyone is burdened with. Such fantasies are sometimes acted upon and manifest themselves as preferences, but they generally only exist in our mind.
Fantasies – what sparks biological arousal – allow in particular not to see our partners as the complex and objectively imperfect persons we know all too well, but as their idealization we feel we can “use” without being responsible for any unwelcome side effect or regret. As we do this, our aggression is not toward the partner but it is played against the inner beliefs our inhibitions are founded upon. In other words, fantasies allow us to be as “merciless” as required to fully enjoy pleasure.

This sounds oddly BDSM-like, and in fact over three-quarters of the case studies supporting the theory are related to domination and submission scenarios, even when they don’t look especially kinky at first sight. Even so, however, you often feel like Bader is trying to force everything into his personal vision parameters, which also feels based on quite dated assumptions.
Want some example close to this website’s themes? The purpose of domination fantasies – even for the submissive partner – is to feel you have everything under control… differently from when you were a defenseless child in the face of abuses. Quoting verbatim: ‘The master and slave provide each other with a special kind of attention and recognition that counteracts an internal sense of being unimportant, invisible, and without value.’ Also quoting, the founding mechanism of most fantasies is: ‘Let others do to you what you feel guilty of having done to them.’

Now, I don’t know whether this is a sufficient explanation. As a matter of fact, I feel like doubting that, but even if this is a pop psychology book discounting its thesis entirely wouldn’t do it justice. The reason I reviewed it is to encourage self-analysis, maybe self-criticism, and use the opportunity to consider a somewhat different point of view. While you think about that, I will use the opportunity myself to mention the second part of the work, which in a sense should be read first to give the approach a context.

In fact, Arousal contains a long chapter on the social aspects of sexuality: the ways sex influences relational, work and perception dynamics – and how the world surrounding us influences our sex. Every observation is again forced through the CMT lens, but it makes a good primer nonetheless for those who have never considered this side of the matter. Another section is meant for therapists, with indications about how to manage and decipher their clients’ sexual fantasies.
The two last remaining parts are dedicated to the role played by the Internet in the creation and venting of fantasies (spoiler: don’t worry if your partner uses online pornography, but maybe play together with it) and – I really didn’t like that – the interpretation of a number of scenarios described by online forum users. This should confirm Bader’s theory; the result however is to make him look hilariously naive. The very person who maintains that ‘the Internet is a space free of shame, where you cannot be refused so it becomes a privileged theatre for exploring fantasies’.

I also took note of one last phrase summarizing the heart of the book, which goes: ‘Men definitely tend to objectify women, but they do so in order to preserve their masculinity not primarily to hurt women. Women definitely prefer sex in the context of love, but the purpose of this preference is to diminish their guilt as much as it is to establish a higher form of intimacy.’ I wonder if it really is that simple.