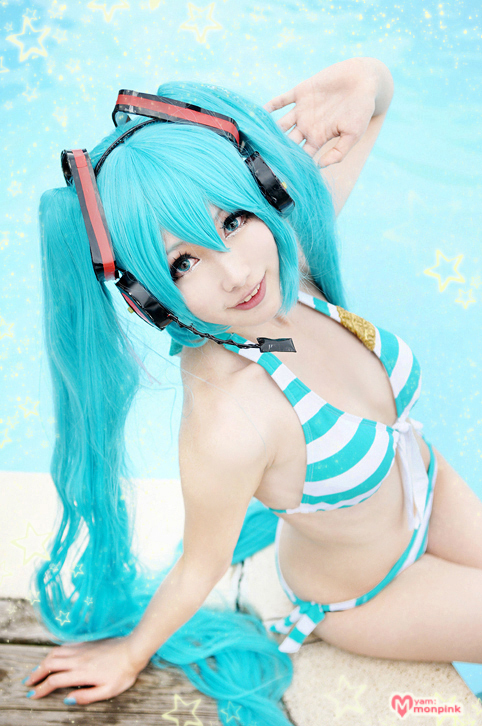 The girl in the photo is Hatsune Miku, or more precisely someone portraying her in the real world as this singer is in fact a virtual performer from the singing synthetizerVocaloid 2 – which apparently doesn’t stop her from playing live concerts. The character’s graphic model also gets often used by software developers to showcase new technology prototypes in a cuter way, as in this low cost virtual reality demo.

Last month a Japanese engineer known only as ‘Alcyone’ went a step further by designing a relatively simple setup to bring Hatsune Miku in our world through the magic of augmented reality. In other words, the character is animated in real time and displayed through stereoscopic glasses as a superimposition on what the wearer is looking at. The inventor says he is «dating the singer», and this would be enough to amaze already.

In addition to this, however, the computer-generated model is able to display physics-correct interaction with its surroundings. Which is to say that the girl can be “touched” and react in a convincing way. So what do you do with a technologically incredible life-size anime girl of your own?
According to the following video, you obviously pet her. And hit her. And molest her, as briefly shown at the end. As usual, mankind will find a way to pervert absolutely everything…