Transvestism is the relatively common erotic practice of dressing up as a member of the opposite sex. There can be many reason to: first of all having fun, but also to experience the physical sensations of unusual clothing and make up, or the sexual attentions (or lack thereof) the other gender elicits, or to better role play unusual power roles. Also, on a thinly-related note, have you ever noticed how the partners in a couple end up taking on the same mannerisms, until they even look a bit like each other’s mirror image?
JJ Levine, a Canadian photographer specialized in gender studies, sure did. In fact, hisSwitch series explores the ease with which a girlfriend and her boyfriend can exchange their sexual identity just by a little bit of transvestism. They say a picture is worth a thousand words, so here are eight thousands words – which in some instances will leave you… speechless. 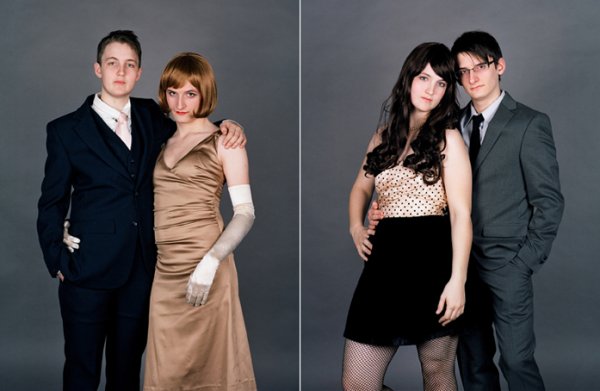